This morning at ten o’clock, Nintendo unveiled the next entry in the Super Smash Brothers franchise. Yet to be named, the fourth game is the first to enter the HD era and go portable. Today, new stages were seen and, of course, new characters. The Dojo, the official website for the game, has launched again, promising constant updates about the game, just like it did for Super Smash Bros. Brawl. In response to this, I plan on approaching the Dojo very much like I am approaching Animal Crossing: New Leaf, with weekly summaries of the news and events that occur. Starting today.

The first entry is focusing on the brand new characters revealed at E3 today. There are a total of three, so let’s jump right in.

The Villager seems to be a very well rounded character. He has a wide variety of moves from a close range net to a long distance sling shot. All his move fit perfectly in with both the Smash universe and Animal Crossing. He reminds me of Ness and Lucas. Check out some screen shots and his trailer below

Now she is a surprise. After endless yoga and hula hoop lessons, our own personal Wii Fit trainer is going to duke it out with Nintendo’s finest. This is a smart move from Nintendo, as it is self promotion. She seems unique, with stiff rigid attacks, which may sound contradictory to her title. Check out some screen shots below and see how even Smash Bros will make you sweat.

Mega Man is the star of today’s reveals. In his signature Blue Bomber style, Mega Man will easily become a top tear Smash character. He has all his signature moves from the original core games such as metal blade and leaf shield. To an avid Smash Bros. players, Mega Man is a dream come true and we all can’t wait to get our hands on him, in game. Check out Mega Man in screen shots and his special reveal character. 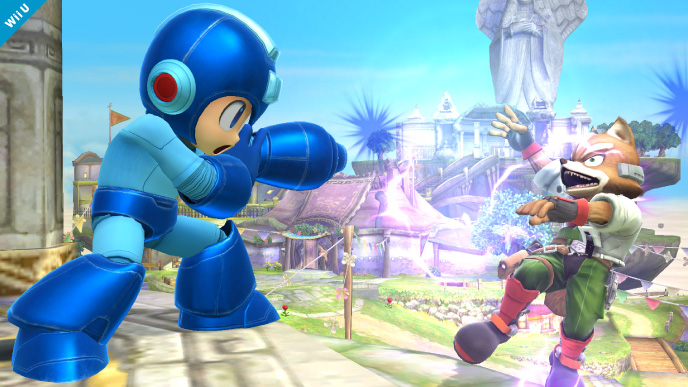