Just moments after I sat down to write this nostalgic article, my girlfriend found a micro USB cable at her house. That was the crucial piece I needed to make my brand new DualShock 4 controller work with my PS3, just a mere sixteen days before the PlayStation 4 launch in North America. That was over an hour ago. Today was a #PlayStationMemory for me.

Back on February 20, 2013, Sony had a press conference to reveal the future of PlayStation. The hype was palpable all over the web. Memories and nostalgia swept through gamers like a tidal wave and a hashtag was created to share those intimate moments gamers had with PlayStation; #PlayStationMemories. The hashtag took Twitter by storm and everyone was BEYOND excited for the new hardware reveal.

Then 25 days before the launch in North America, Sony released a commercial of sorts, inspired by the viral hashtag. The video was titled #4thePlayers.

The video took gamers on a long trip down memory lane, taking the hype for the next generation of PlayStation to new heights.

Now here we are, just FOUR days away from Sony’s next home console. New memories are bound to be born as the next generation of console gaming takes flight, but I wanted to take a moment and take one more good long look back on gaming with PlayStation throughout the years. I want to share with you my five favorite gaming memories with PlayStation at their core. Let’s look back in time at all the crazy adventures I’ve had with Sony by my side.

You read the title right. Ten years. It all started when I was seven years old *cue memory lane music*. My brother and I would frequently visit my cousin Jake’s house and he had a PlayStation. Back at my place, all we had was a Nintendo 64 (a fantastic console), so playing on a new system was exciting. The only game I ever remember playing with my him was Frogger 2: Swampy’s Revenge. We never could get past level two.

Frogger 2 is one tough game for a seven and nine year old.

Fast forward ten years. During that decade, my family moved to Florida. On a trip down to the Sunshine State, Jake stayed with us. After spending the day at Universal’s theme parks we swung a local game store that specialized in classic games. Our nostalgia kicked in and we searched for Frogger 2. Determined to face our childhood demons, we found it for a whopping five dollars. We raced backed home and put the disc in my PlayStation 2.

Filled with determination, grit, and Red Bull, my brother, cousin, and I all partied like it was the year 2000. We beat that boulder and all the levels that followed, our childhood minds being blown every “hop” of the way. Finally we reached the end to see this-

That’s right, Frogger was in outer space. It was a pretty insane level, but after losing many lives and trading the controller off after each death, we prevailed! The tadpoles were saved, Swampy was defeated, and our childhood honor was regained. It only took ten years and a PlayStation.

I am a pretty informative guy. I know a lot of facts and news and I like to share that knowledge with others. That’s probably a major factor as to why I want to report on video games. Part of that nature is to convince people of certain things I am passionate about. I try to peel back the curtain of ignorance, as it were.

Now you can’t call yourself a gamer (in my humble opinion) if you have not heard about the Metal Gear Solid franchise. Just heard about it, not everyone likes to play stealth interactive movies. So as a gamer, I heard about Metal Gear Solid and I wanted to play it. Only one thing stood in my way—a “Mature” rating. At the time I was, 15 or 16 years old and was not old enough to purchase the original trilogy.

I’ve always tried to respect my parents wishes when it comes to mature content in whatever medium it is found in, so rather than sneakily purchase the games I decided to peel back the curtain of the “Mature” rating and convince my folks MGS was a-okay!

How? By making a Power Point of course! Unfortunately, I do not have that wonder Power Point anymore or I would upload it with this post. Let’s just say I happily own every Metal Gear Solid game to date. Parental approval included.

Fact: I grew up with Sly Cooper.

Fact: I played every game when they were released.

Fact: I did not own a PS2 until I was 15, four years after the release of Sly 3: Honor Among Thieves

Here’s how, I mooched my buddy’s PS2. Yea, I was a moocher. My pal Ryan lived down the street from my family and he had all the coolest toys, including a PS2. It was at his house I discovered my love for a thieving raccoon and his friends. Ryan always got the latest game and I always went over and played it. We took turns fighting bosses and stealing treasure. It was great. Sly has always been apart of my PlayStation journey. I have the fondest of memories of triumphing over the Fiendish Five or robbing a train in the frozen tundra of Canada.

I’ll never forget beating Sly 2: Band of Thieves without Ryan being home. I was homeschooled, while Ryan went to public school. One day, I went over to his house right as school was getting out. I was invited to stay and wait the five or ten minutes it would take for Ryan to get home. So I went up into his room and turned on that PlayStation. Now we had been trying to defeat Clock-La (the game’s final boss) for days. We always tried together. I decided to give it a shot and, low and behold, I did it. Ryan walked in during the game’s final, touching cinematic. Then we just did it again.

Another key Sly memory was the launch of his latest adventure, Sly Cooper: Thieves in Time. After waiting eight years, EIGHT, for a sequel to the Sly Cooper games, I finally got it. The game was gorgeous and captured the essence and charm of Sly perfectly. I even made it the first game I would ever publicly review. I felt honored.

The game came out in February. School was in full swing. With senior year coming to a close, nothing could have been better than skipping a day to play Sly. One problem, I wasn’t allowed to skip. My parents said no, despite my EIGHT YEAR WAIT. So I found a loop hole. On that same day, our school was having a blood drive. You skip class, eat pizza, lose some blood; It’s a win-win for everyone. That was my way out. I signed up and donated blood. Afterwards, I felt “woozy” and promptly got permission to leave campus and go home. I just happened to swing by GameStop on the way home and played Sly 4 all day. As some dude said long ago, where there is a will, there’s a way.

#PlayStationMemory number 2— The Last Of Us

I love The Last Of Us. It not only is my game of the year and game of the generation, but my favorite game of all time. I can say that beyond a shadow of doubt. Every moment I have spent with that game has been exciting, precious, and memorable. Everything it offers, the single player and multiplayer, is fantastic. The review I wrote for it is the number one article on the site and my proudest piece of work to date. It made me cry three times. I don’t cry man. Okay? 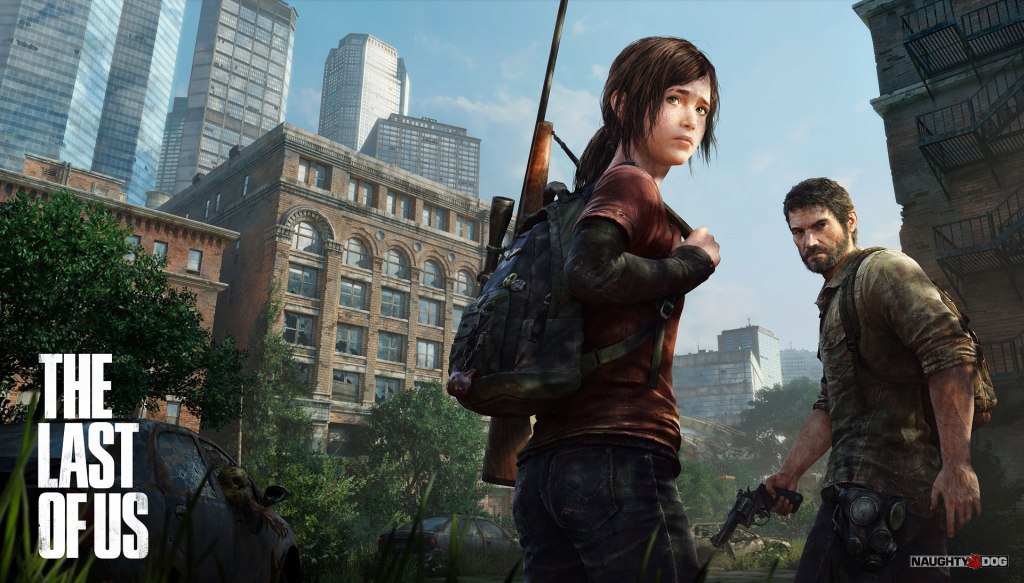 Here is a little context for this memory. I had been asking for a PlayStation 3 for the past three years. I did not want anything else. My friend Josh had one. He even let me borrow it to play MGS4, while he was on vacation. I just soaked up every bit of news I could about the PS3. I read and watched reviews for games I had never even heard about. One of those games happened to be Uncharted 3: Drake’s Deception, which came out on November 1 of that year. Greg Miller’s IGN infamous 10 out 10 review score (which I whole heartedly agree with) sent me on a journey. I had discovered what Uncharted was and I liked it. Context over.

Little did I know that my mother was planning to buy me a PS3 for Christmas that year. Her and I went to Target after the Black Friday destruction was over. We found a PS3 with Little Big Planet and Ratchet and Clank. I did my whole speech on how she should just buy it now and count my Christmas as over.

Only later did I discover that she returned at a later time to buy that exact bundle. It turns out though that Target sold out (thank God. You’ll see why). So she went to my best friends and asked if I liked Uncharted. Why? Because Sony made a shiny Uncharted 3 bundle with a 320 GB PS3 slim. Thankfully, I ranted enough about Uncharted with them for their answer to be yes.

My friend’s kept it a tight lipped secret. The only “slip” was, and I quote, “it will make you cry.” I didn’t.

Flash forward to Christmas Eve. Now I may have been asking for a PS3 for three years, but I wasn’t very confident that I would find it under the tree. Every year, my family all sits down and opens one present on Christmas Eve. That year my family gave me a laptop cover. Cruel, unusual punishment, I know. Now I knew my family didn’t have the kind of money to buy me a computer, but the false trail had been laid.

I woke up to no PS3 sized box under my tree. We all opened our gifts and had a good time, but there was no gift that would have made me cry yet. All the gifts were opened. Where was this “tear worthy” gift? My mom said that they had one more gift for me and that I would have to close my eyes. Knowing that the gift was coming I shut my eyes and held out my hands. What they placed there was light, rectangular, and clearly a book of some sort. I was dumb founded. A book would make me cry? Remember I don’t cry. Unless, you know, The Last Of Us. So I opened my eyes.

And there it was. On the table before me…I saw IT.

A 320 GB PlayStation 3 Uncharted 3: Drake’s Deception bundle. The big daddy. The big kahuna. The undefeated challenger, only to be trumped by the future 500 GB super slim. And I hugged that sucker.

December 25, 2011 changed the way I play and look at video games. Without it, I may not be on the track to becoming a writer for IGN. I’ll never forget that day or any other memory I’ve made with my PlayStation and friends. It’s only the stuff you can find on PlayStation.