Nintendo’s brand new home console is upon us. I have written quite a bit about the Switch these past few days. I have already written one blog post about my diagnosis of the negativity surrounding the Switch. For this article, I wanted to present a more through and rounded look at the Switch itself and what Nintendo announced last week. Now that the dust has settled from the event and consequent live streams, here is everything you need to know about the Nintendo Switch.

The Nintendo Switch will launch on March 3, 2017 at $299.99. This was the biggest (and most obvious) question going into the event. My prediction was off by $50, but this was the high point within my range. Most surprising to me was the release date. Nintendo established last(!) April in a financial meeting that the Switch would launch worldwide in March 2017. I think it is safe to say that most assumed that meant the end of March. It’s a pleasant surprise to get it in only seven weeks! 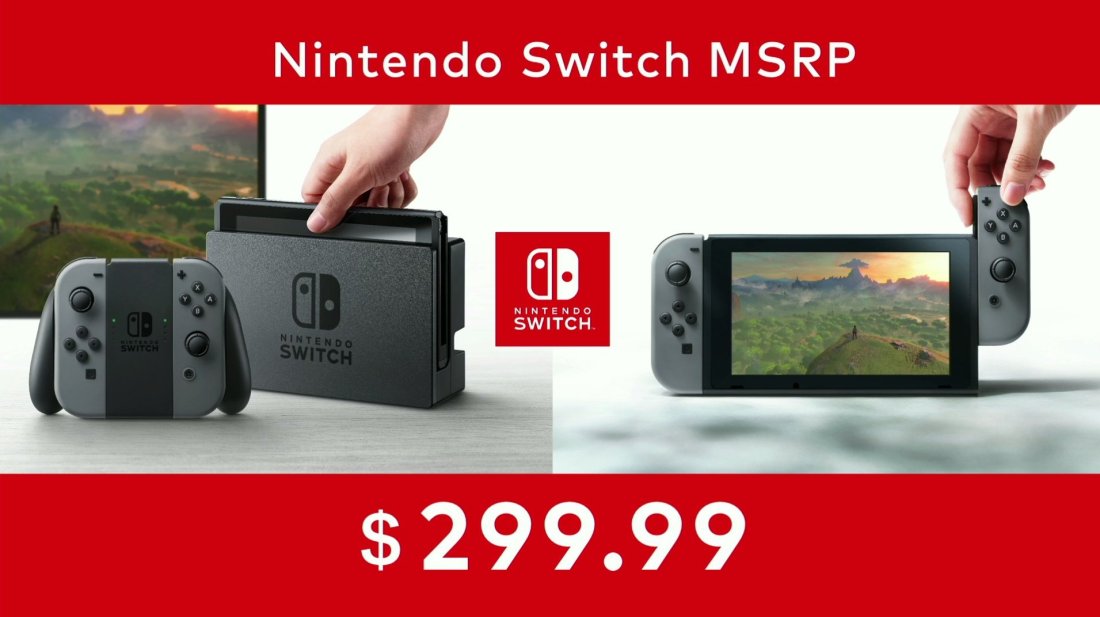 Under the hood, the Switch has a lot going on. It’s rocking a custom Nvida Tegra chip, 32GB of storage (expandable with micro SD cards, up to 2TB), a 6.2-inch multi-touch capacitive touchscreen, a two and half to six and half hour battery (depending on software), and USB Type-C for power.
I think it is important to clarify that this is a home console. This is not a replacement for the 3DS. Nintendo talks about it as a home console first, but it rocks the nifty feature of true portability.
Wirelessly, Nintendo has finally announced a paid online service. Unfortunately, the details are muddled and what we do know is very Nintendo. One free NES or SNES game (the latter of which will have online play!) per month, but when the month is over, you have to purchase it to keep playing. It’s like a glorified demo. Granted, these online services are not for the free games. None of the big three companies owe us free games. We are paying for the server upkeep.
Another wireless mystery is their approach to voice chat. Voice chat for the Switch seems to only be available through a smartphone app, which is apart of the online subscription. Immediate concerns are “why not use a free chat service like Skype or Discord,” or “is it only through the app or is the Switch capable of voice chat itself as well?” Nintendo has been mum on all the details. The silence is deafening though.

One element of the Switch that Nintendo was not soft spoken about was the Joy-Con. The controller was the star for the bulk of the presentation. Each Switch comes with two Joy-Con; one for the left hand side and one for the the right hand side. They can be used in a variety of ways including holding one in each hand or using one sideways for two player action.
Each Joy-Con packs quite a bit of impressive tech in such a small space. The right Joy-Con has a NFC reader/writer inside for Amiibo support. It also has an IR camera on the bottom that can tell basic shapes and distance. When held horizontally, they boast a full set of buttons including L and R. The jury is still out on whether or not it will be comfortable for long durations of play in that position though.
It’s a unique way to pack in two controllers into one system. I imagine this will be a hit for families. Using the Joy-Con separately for play seems comfortable to me, kinda like a Wii remote and nunchuck. For a more traditional feel, you can slide the Joy-Con onto the sides of the Switch for portable mode or into the Joy-Con grip for a classic controller feel.
Expanding multiplayer beyond two people will cost a small fortune though as the pricing for the Joy-Con and other Switch accessories is astronomical. A pair of Joy-Cons costs a whopping $79.99! A single Joy-Con costs $49.99! The Pro Controller costs $69.99! Three exclamation points in a row is not a good thing in this case. It is flat-out baffling. 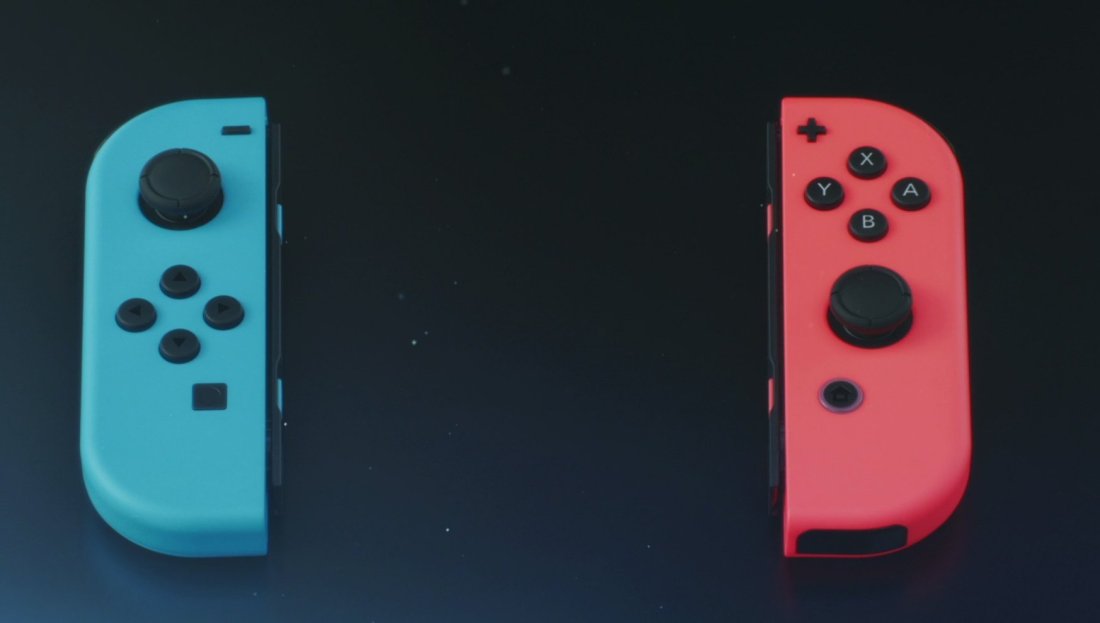 A major point of contention for fans it seems is the launch lineup, both day one and throughout 2017. Games are spread out and with unclear dates. Ports like Mario Kart 8 Deluxe or Skyrim are pushed farther away from the release than expected. Powerhouse IP like Splatoon 2 and Super Mario Odyssey have ambiguous releases of “Summer 2017” and “Holiday 2017,” respectively. With a possible lack of third parties, folks are quick to claim Wii U-like droughts for the Switch before it is even released.
It is clear that Japanese third parties are there for the Switch. It is the larger western third parties that seem to be keeping their distance. I find it positive that EA and 2K are giving the Switch the brand new sports games this Fall, rather than ports of last year’s games. That’ll beef up the Switch’s Fall lineup alongside Nintendo’s first party offerings.
Having The Legend of Zelda: Breath of the Wild at launch is huge. I imagine the attach rate of that game will be nearly 1:1. I previewed Breath of the Wild back when they gave the world an in-depth look at the game. It is easily my most anticipated game of 2017 and is certainly an early game of the year contender based on what has been shown. 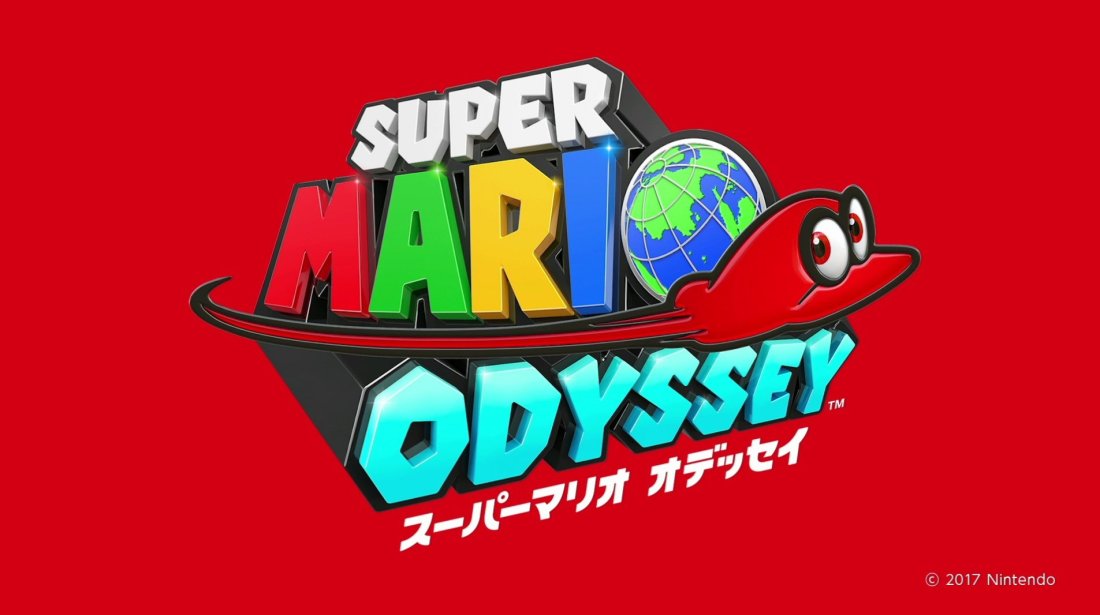 Those are the big takeaways from the Switch event from last week. All in all, I am stoked for the Switch. I have my unit fully preordered along with the Master Edition of Breath of the Wild. March 3 is going to be a great day and hopefully is the start of a successful new beginning for Nitendo.