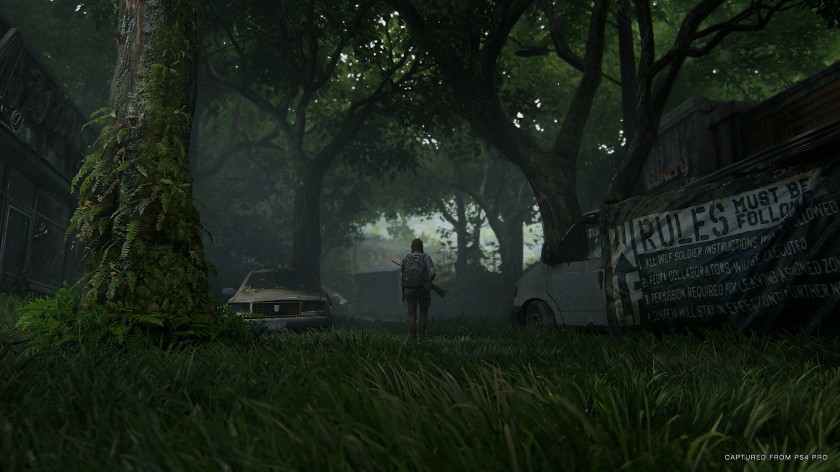 The Last of Us Part II – Inside the Story | PS4 – YouTube

Sony published a nifty little video discussing Naughty Dog’s approach to the story for The Last of Us Part II. No new footage is shown and the narrative discussion revolves around the same beats Naughty Dog has claimed from the get go. The studio does seem to be deemphasizing the “story about hate” angle and leaning more into the cycle of violence. Choices and consequences, as my aunt would say.

“I’ve heard a lot of people say ‘Why make a sequel to The Last of Us?’ and I didn’t even hear the full pitch of the game, but just like the outline of what Neil was wanting to do with this game and I realized ‘Oh this is something we have to make,’ you know, this isn’t even an option. There’s absolutely more to do here.” – Anthony Newman

With a sequel, it’s important to try and look at the first game through the lens that there is more to the story. Back in 2013, that was not cut and dry. Seven years later, fan perception has to adapt for that fact. I talked about this when I revisited The Last of Us so many years and play-throughs later. The Last of Us Part II can’t take away from the first game, but it can add. We just have to see how much it adds and if that addition is worth exploring.

The ending is another element that is brought up constantly in regards to the sequel. Back in June 2013, people were vehemently picking one of two sides. With an official sequel ostensively done as of this writing, the ending has to be looked at under an entirely different light.

Neil leaves off this new video talking about how he thinks this new game will be more divisive than the first. I do hope the game is divisive. It makes for far more interesting conversations and would be in line with Naughty Dog’s approach to storytelling. Whether fans or myself like it, there certainly will be a conversation surrounding this game. I am curious how much that dialogue will be influenced by the stacked deck that The Last of Us Part II has against it, especially with the vocal minority.