It’s not clear when Luna will launch widely, but it will initially be available on PC, Mac, Fire TV, and iPhone and iPad (via web apps), with an Android version planned for after launch. Amazon says that interested users in the US can request early access to the service starting today. There’s no word on international availability.

The service will be available for an “introductory price” of $5.99 a month during its early access phase, which gives subscribers the ability to play Luna Plus channel games across two devices simultaneously and offers 4K / 60fps resolution for “select titles.” Naturally, it will be powered by AWS, Amazon’s ubiquitous web platform.

I wonder which company will kill their game streaming service first; Google or Amazon?

This is a stellar look at the actual history of Tony Hawk’s Pro Skater and its sequel. I never knew there were so many ports! I grew up solely on the N64 port of the first game: I still have my blue cartridge that my Dad bought at a garage sale in the neighborhood. I would find tricks and cheat codes on GameFAQs and play for hours in front of our tiny CRT in the basement. I’m stoked to pick up these remakes down the line.

I come to you today to warn you about hard drive corruption. Backup your data. Save yourself the headache, heartache, and wallet-ache that comes with trying to save corrupt data.

Back in April-May, I bought a 5TB external drive and began recording most all of my gameplay. I’ve wanted to build a collection of footage I could use for video projects and reference. After years of capturing guide footage and having to delete it for space, I really wanted to try and start keeping it.

I captured all of my Death Stranding play time and all of The Last of Us Part II. I had some Call of Duty matches, Persona 5, and test footage from my Super NT and GameCube. So far, this had amounted to between 2.5-3 TBs of footage.

Then last weekend I was brainstorming a video idea. I plugged the drive in to transfer new footage and everything was gone. This happened to another drive of mine roughly two months ago, an external SSD, but I had a backup of it through Backblaze. I did not have a backup of the game footage because of its size. I knew the upload would take ages. I completely regret that logic.

I tried using First Aid in Disk Utility on my Macbook. It found out there was corruption. I booted into recovery mode like Disk Utility recommended, but it wasn’t running recovery on the drive. I couldn’t solve it. So I turned to third party software.

I picked Wondershare Recoverit that would scan for free and then I could chose to pay $80 to recover if it found anything. After 12 hours of scanning, it found 2.13 TB of data. I went to preview a file and it prompted for payment with no option to just back out and keep looking at what it actually found. The payment screen showed three tiers, which I was not aware of. There was the basic tier for with the $80 price tag I was expecting. Then there was the top tier that included “advanced video recovery” for $160 lifetime license. I talked to Abby and we decided it’d be okay to go for. After seven hours of moving the data to another drive, everything should have been saved.

Unfortunately, almost every single file was still corrupt. The bits were there, but unplayable in video software. Advanced video recovery required a completely different scan of the drive.

After 28 more hours of scanning and copying to another drive, the software found 12 “recoverable” video files. Once again, unplayable. The “advanced video recovery” seems to just have the files capable of being recovered. Don’t worry, Wondershare sells video recovery software just for that purpose. It was here when I finally gave up. I kept the functioning files (plus all of the footage from The Last of Us Part II, just in case).

I’ve (mostly) accepted my loss. I have definitely learned my lesson. I immediately backed up some essential work video files to four different locations. And now I have begun the long process of backing up my gameplay footage. Don’t make the same mistake I did. Always have a backup. 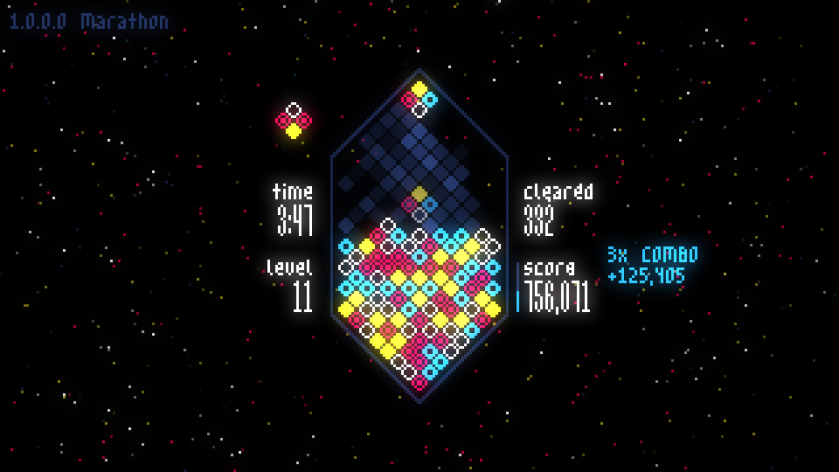 I saw this game pop up in my Twitter feed this weekend thanks to Justin Ma of Subset Games. His comparison to Tetris Effect is what immediately drew me in. After scrolling through the Mixolumia thread and watching some gameplay, it didn’t take long for me to snatch up a copy. It is the perfect game to play after countless hours in a huge open world game like Ghost of Tsushima. Mixolumia is clean, simple, and addictive.

Mixolumia is a drop puzzler that is a fusion of the aforementioned puzzler titan Tetris and Puzzle League. I even get some Puyo Puyo vibes. It’s all about stacking the board and clearing same-colored blocks by lining them up with three (or more) in-a-row. It works extremely well with a controller, but would be even better if it allowed users to map the controls however they saw fit.

The soundtrack is also generated as you play, with options to swap soundtracks or even have composers make soundtracks for the game. It’s got tons of color palettes and accessibility options to boot.

What struck me as the most interesting bit wasn’t the game itself, but the fact that there is an entire Twitter thread following its development, which started back on January 28, 2019. I always find insight into game development to be both fun and educational to explore. Even if you don’t pick up the game, reading through its development is worth your time.

Mixolumia is only on PC and Mac at the moment through itch.io. I haven’t tried rotating my screen, but I feel like the game was made for a “tate” mode. I think it’d be right at home on mobile and especially on Switch, which would be able to support all those features. Hopefully, davemakes considers those and other platforms for the future. Mixolumia is a visual puzzler treat that deserves to be as widely available as possible. 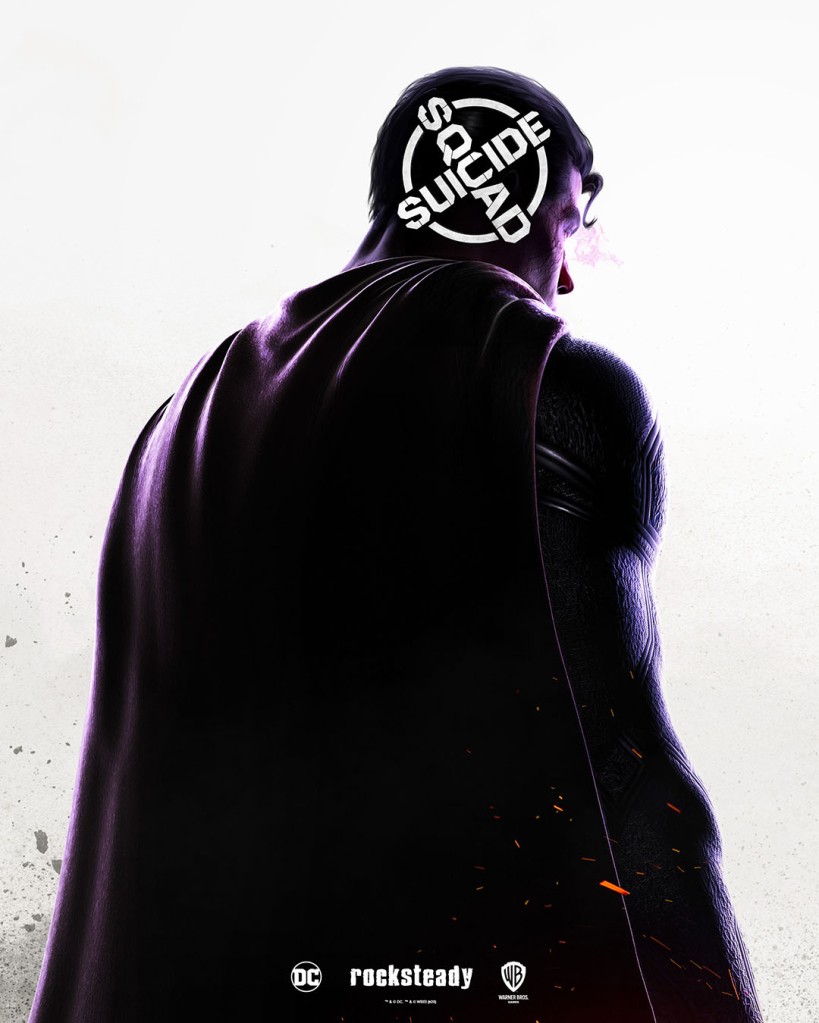 Rumor says that this is a co-op, online, games-as-a-service type game. That has me incredibly worried. Rocksteady knows how to make a super hero game. In a world were Avengers looks generic and limited, but Spider-Man soars, I am not feeling confident about this type of game for Rocksteady. I know that the money is with keeping games on-going as a service, but I feel like it stifles creative scope and development. We shall see what they actually end up shipping, but I’m not feeling so hot at first glance.

I will say, I do like the logo. Very clever and clean.